Unfortunately, I was unable to find much information on this album and that includes the cover art. This image was taken from the movie trailer for the 1966 Sci-Fi film that was adapted for television from the feature film "Madmen of Mandoras" directed by David Bradley. I do know that it was released in 1991 on the Dutch Label ADM, but it's extremely hard to find.

I can only describe "They Saved Hitler's Brain" as avant garde prog punk jazz that sounds like nothing I've ever heard before. It has elements of The Ex, Marc Ribot and Dog Faced Hermans with marching band and free-jazz textures added to it's already rich musical stew. Songs on the record veer wildly from exuberant marching band jazz to cacophonous punk within the confines of one song. "Dreigroscheneissler" is a playful tune that combines military beats and trumpets, creating a carnivalesque vibe and "Dogstabber" features haunting sound effects, marching band drum rolls and goth vocals that recall Nurse With Wound at their most macabre. These guys are stylistically all over the map.

Your comments are always appreciated!

Anonymous said…
Thanks for sharing this bizarre album. I particularly like the seagulls on the last track. This is not music I would listen to every day, but damn, I wish I could go to one of their jam sessions!
3:57 PM

Untitled & Anonymous ∞ said…
This is right up my alley man. FFFFFFFFFFFFF YEAH! I wonder if you have any other good fusion? I have trouble believing the spectrum of this.
2:28 PM

Kevin said…
Dani: Maybe you could just pull it out when you are in the mood for something noisy and fun. Thanks for stopping by.

Dubbin: If by fusion you mean avant garde/jazz/punk/marching band, then I can't really think of anyone else that sounds like this. The Ex recently did a record with Getatchew Mekuria(known from the Ethiopiques collections) that is an interesting mix of punk ethiopian groove and some of the Ex's music sounds similar to Dull Schicksall. That's all I can think of off the top of my head, but I'll let you know if I think of anyone else with this sound.

Anonymous said…
Those who like this should check out Dikke Mannen and Herfstblad'ren, both of which are better I think, though just as eccentric. DS also put out another CD which I haven't heard and a collection of outtakes entitled Dull's Dullest. One key to describing their arch, satirical qualities is bassist Colin McClure's involvement in Geoff Leigh's equally twisted MCCB bands, Red Balune, Kontakt Mikrophon Orkestra and The Black Sheep.
3:28 PM

Anonymous said…
Thanks for posting this, Kevin! I've been looking for it for years... really...

Do you know where I can get a copy? Or can you send me the files?

I have "Dikke Mannen" and "Neem Die Pijp Uit Je Muil, Jij Hond" in my collection ... my two favorites from Dull Schicksall... I once owned "Herfstblad'ren", but no more. The group changed considerably in its lineup, and to my ears became a little more conventionally "prog", which is fine but less to my taste.

If you like Dull Schicksall, I also recommend Dog Faced Hermans for another great Dutch punk fusion eclectic group. "Mental Blocks for All Ages" and "Everyday Time bomb" are my favorites. They have a couple of others that are a little overly polished.

Capt EviL 1 said…
Is there any chance of a re-up on this one? It would be much appreciated! Thanks.
6:13 PM

Anonymous said…
Actually, only Simonis was the band's permanent member. Too be more precise: he was the only one of the afore mentioned memberlist performing on this record. I know this because I was the permanent drummer up untill 1992; before Hajo Doorn became their permanent drummer. I still have some contact with Simonis, as I have with the pre-permanent bassplayer - Ronnie Krepel- who played on this record. Sadly I lost contact with the then permanent trumpet player Friedrichs.

Popular posts from this blog 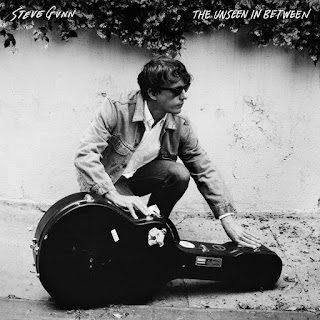 As I sit here banging away at my keyboard, I'm reminded that another year has practically transpired right before my eyes. It's been an eventful year for me in the way of dealing with one downfall after another, but uneventful in just about every other facet of life. When I say it's been a struggle, that's the understatement of the year. For the icing on the cake to this shit storm of a year, I have been gifted with a head cold that has had me up all night hacking up a lung throughout my entire Christmas break. If I'm being honest, I'd give anything to go back in Doc Brown's Delorian to 2016, change the results of the election so the cataclysmic events that have happened since are reversed and all is well in the world.

Alas, that's not how life works, but music will always be there for me. Even, when music appears to be letting me down, it still manages to boost my endorphins to a level that makes me smile. I went through a phase of a month this years …
Read more

December 25, 2021
This is the place for any comments you have that don't relate to a specific post. This is a place where you can leave any requests, suggestions and opinions that you have about this blog. It will always remain at the top of the blog so that it is visible to everyone. We can use this as a forum for an open discussion on music in general, as well as just simply saying hi. Let's get the ball rolling.
Read more 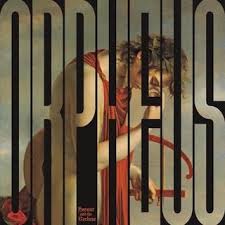 I never would have thought that the list for my favorite albums of the year would be postponed until the end of January, but such is life. Last year dealt me one crazy unexpected twist after another, leaving me with very little energy, time or motivation to give to this project. The latest part of my medical journey is taking place in two weeks, so I'm writing this post as a form of catharsis to deal with the anxiety over the procedure that I need to undergo soon.

Over the past two months I have been tirelessly working on listening to a plethora of music from 2018, eventually weeding my list down to 10 favorite albums and 10 honorable mentions.  I feel that these twenty albums are the most deserving this year, despite what the mass media and public opinion would like you to believe. This year's list was mostly a result of things that I discovered by reading blogs like Aquarium Drunkard, Doom and Gloom from the Tomb and Raven Sings the Blues, with a few things that I searched o…
Read more

Kevin
During the 4 years I worked at a record store, I became more interested in esoteric styles of music including krautrock, afro-beat, post-rock and free jazz. This ultimately led to my interest in creating and writing posts on this blog. I love many other things in life, but my passion has always been music. So, my hope is that some of you will get turned on to some new flavors of music by checking out this blog. The music on this site is meant for promotional purposes. If you like a record on here, please support the artists and labels by purchasing a copy. I will remove files from the blog immediately upon request by the respective artist or label.

Other Blogs I Dig